Weddell seals are a prominent Antarctic marine predator associated with fast ice (sea ice that is "fastened" to the coastline). The study began in 1968 and is located in Erebus Bay, Antarctica, at the southernmost tip of the Ross Sea. Its broad objective is to evaluate how temporal variation in the marine environment affects the Weddell seal population dynamics.

The Erebus Bay population of Weddell seals is the most southerly breeding population of mammals in the world. Antarctica's Ross Sea

l population's location is of special interest as the Ross Sea is one of the most productive areas of the Southern Ocean, one of the few pristine marine environments remaining on the planet.

The current project uses analysis and synthesis of long-term data for Weddell seals with decades of data on temporal variation in climate, marine, and sea-ice conditions in the Ross Sea to evaluate a variety of hypotheses regarding effects of environmental variation on life-history evolution and population dynamics.

being obtained by conducting field studies of how seal body mass, a surrogate for annual variation in marine food resources, varies among years and individuals. The study’s broad objective is to evaluate how temporal variation in the marine environment affects a long-lived mammal’s population dynamics.

The study uses a combination of mark-recapture analysis of vital

Jay Rotella, Bob Garrott, and Don Siniff are co-Principal Investigators on the study, which is funded by the National Science Foundation through the U.S. Antarctic Program. 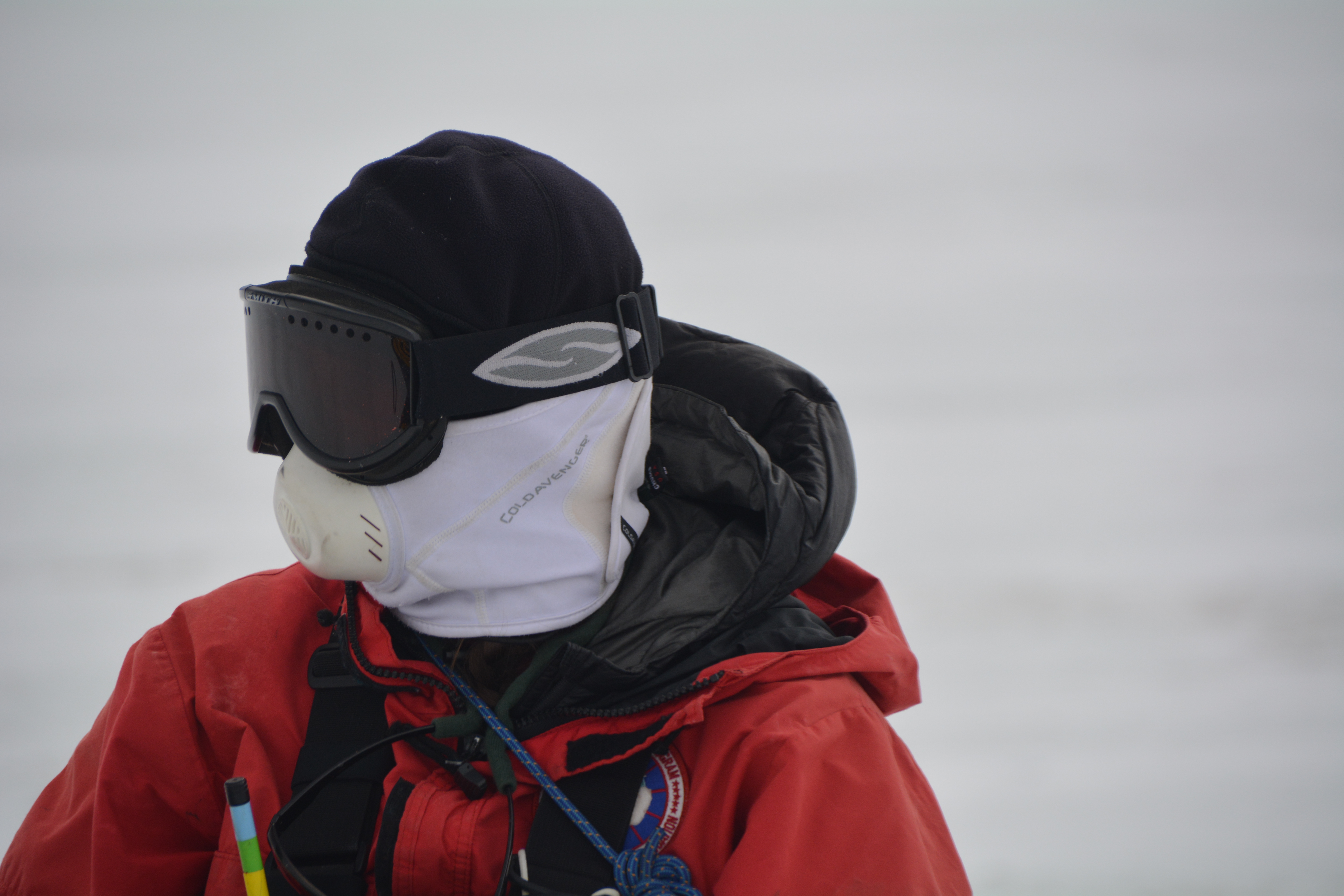 Using a winter respirator in the cold.

Protect yourself from "Cold Stress"